When you build an app you have to think about thousand different things and probably you are like me and forget all the time the small details about a particular class of the framework. A common example is showing images in your app. Sometimes its just enough to add an ImageView to the layout and don’t care too much about all its specific parameters, but most of the time you’ll need to set up at least its ScaleType. This post does not present anything novel about this class, but I’m writing it as a reminder for myself and you about common ImageView configurations and some wanted or unwanted effects resulting from them. 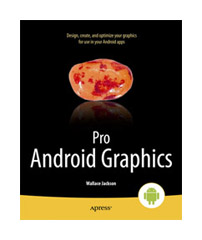 I’m not going to pretend I know all theory by heart. I look it up all the time myself. Although the official documentation is really good, I have found another resource which I recommend - a book by Wallace Jackson called “Pro Android Graphics”. The following definitions and descriptions are based on the information in chapter 8, dedicated to the ImageView class.

The Android ImageView has a nested class called ScaleType, which contains scaling constants, and related algorithms, for determining how to scale an ImageView object. It is most useful for determining how to scale an image relative to different screen aspect ratio, that is, keeping the aspect ratio locked so as not to distort the image at all, or, on the other end of the spectrum, allowing the image scaling operation to rescale our image without regards to aspect ratio. ScaleType is an Enum with the following possible values:

I have included a demo in the blog’s companion app where you can test everything you would like. You can find the source on GitHub.

The demo related to this post provides the following options: